Drywall Screws: What to Know Before You Buy 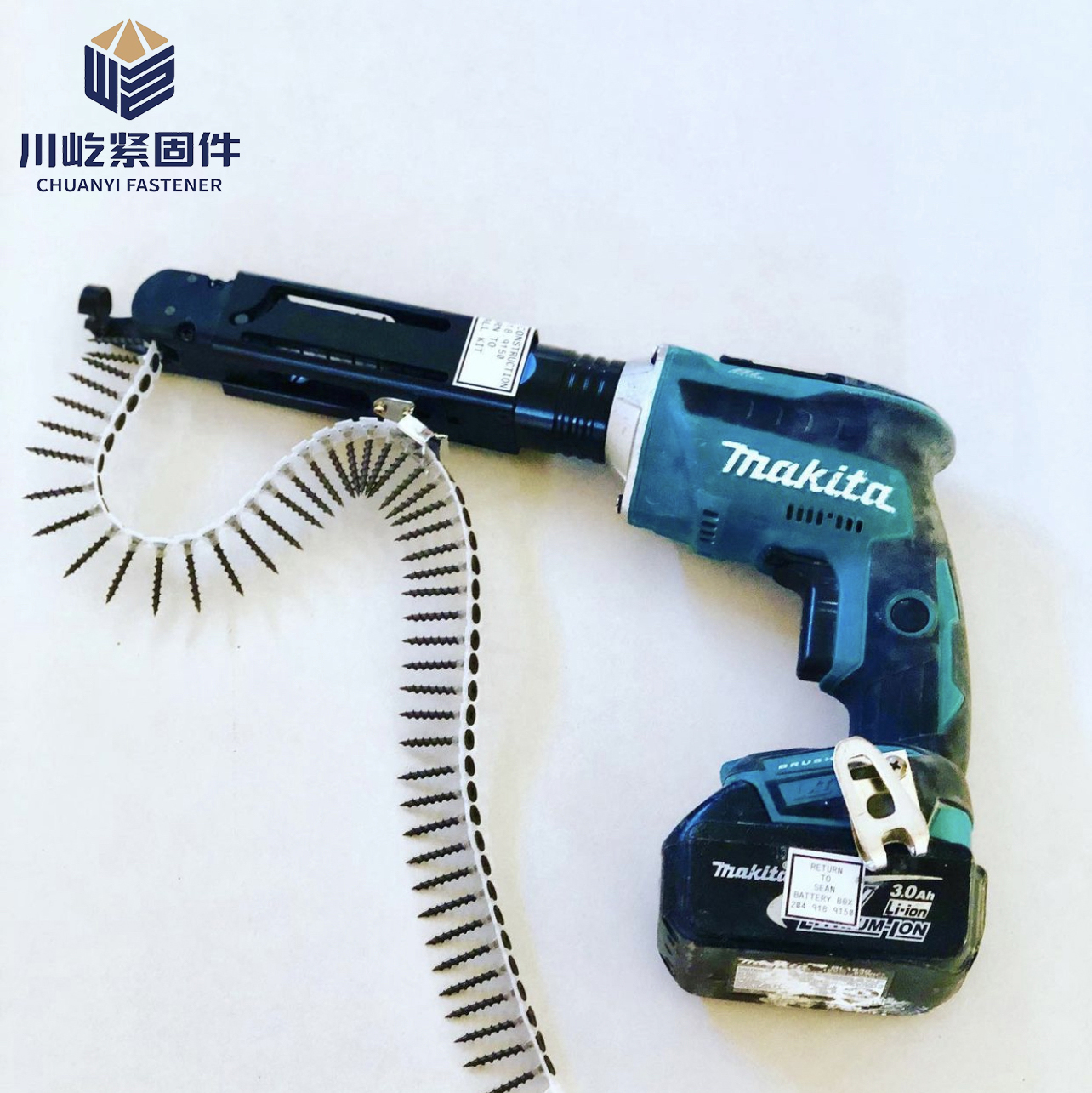 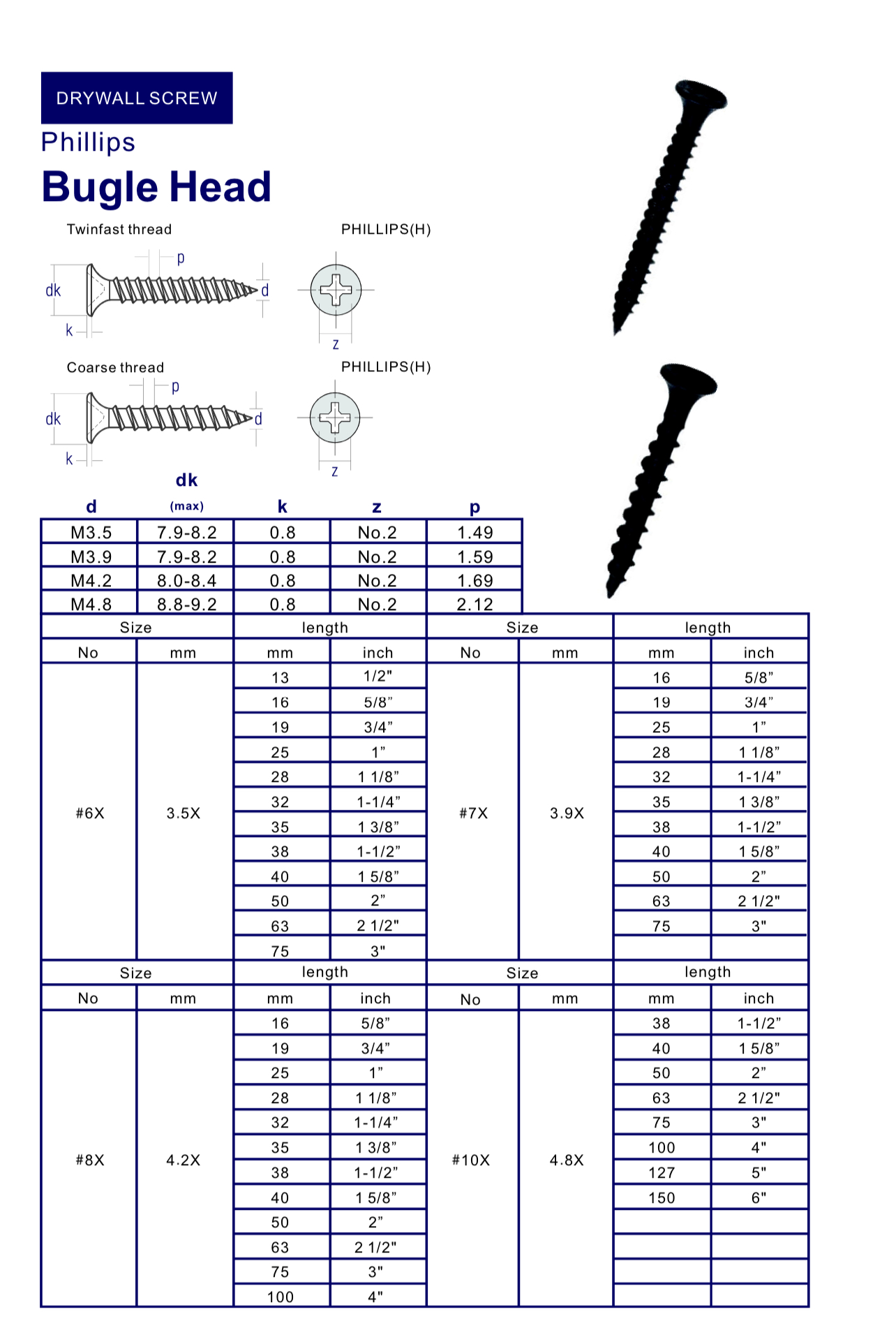 By way of comparison, screws intended for construction generally range from 1 inch to 8 inches long. The reason is that building materials can have a wide range of thicknesses: from sheet metal to four-by-four posts and even thicker. Not so with drywall.

Most drywall installed in homes is 1/2-inch thick. Thickness can sometimes increase or decrease, but only by very little and not very often. About the only time that do-it-yourselfers will need to install thicker drywall is with fire code or type-x drywall. At 5/8-inch, type-x drywall is slightly thicker to retard the spread of flames and is used in garages and walls adjacent to furnace rooms.

Drywall that is 1/4-inch thick is sometimes used as facing for walls and ceilings. Because it is flexible, it can be used to form curves. Still, the majority of drywall installed by do-it-yourselfers in kitchens, bathrooms, and general areas will be 1/2-inch thick.

Use coarse-thread drywall screws for most wood studs.

Coarse-thread drywall screws work best for most applications involving drywall and wood studs. The wide threads are good at gripping into the wood and pulling the drywall against the studs.

One downside of the coarse-thread screws: the metal burrs that can embed in your fingers. Be sure to wear gloves when working with coarse-thread drywall screws.

Fine-thread drywall screws are best for installing drywall to metal studs. Coarse threads have a tendency to chew through the metal, never gaining proper traction. Fine threads work well with metal because they are self-threading.

Fine-thread drywall screws do not hold as well in wood as do coarse-thread screws. 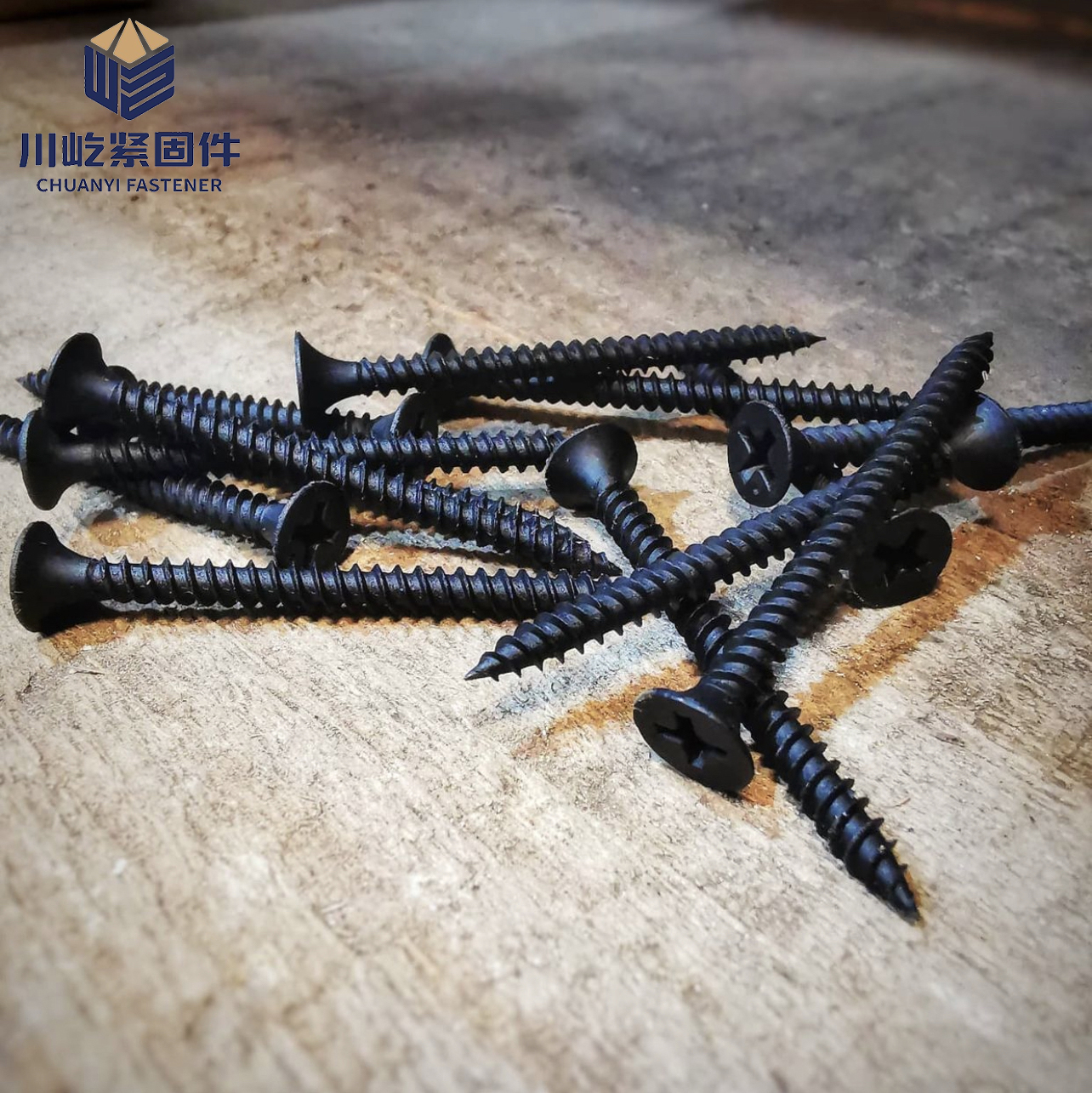 Drywall screws are good for repairing nail pops. If you have an older house and find walls that have mysterious circular bumps, then you have nail-pops.

Before drywall screws came into widespread use, drywall was nailed into place with short, wide-head nails. While drywall nails are still around and do have their use as a quick way to fasten wallboard, drywall screws have evolved as the standard method of attaching drywall to studs precisely because of the nail-pop problem.

Can You Use Drywall Screws For Building?
Some do-it-yourselfers use drywall screws for one unintended purpose: building projects. That’s because drywall screws are much cheaper than wood screws, they drive and bite into the wood extraordinarily well, and they are plentiful.

Few woodworkers would ever use drywall screws for fine building. Avoidance of drywall screws is especially important with heavy or even moderate building tasks, critically with outdoor projects like fences and decks.

It is widely believed that drywall screws tend to be brittle. Rather than bending, they can snap. Drywall screw heads are especially prone to cleanly breaking off, leaving the shaft section embedded in your wood. No screw extractor can remove a headless screw.

In the end, drywall screws are best used for drywall or for light building projects or for temporary construction when safety is not a factor.

Bugle head: Bugle head refers to the cone-like shape of the screw head. This shape helps the screw stay in place, without tearing all the way through the outer paper layer.
Sharp point: Some drywall screws specify that they have a sharp point. The point makes it easier to stab the screw into the drywall paper and get the screw started.
Drill-driver: For most drywall screws, you will generally use a #2 Phillips head drill-driver bit. While many construction screws have begun to adopt Torx, square, or heads other than Phillips, most drywall screws still use the Phillips head.
Coatings: Black drywall screws have a phosphate coating to resist corrosion. A different type of drywall screw has a thin vinyl coating that makes them even more corrosion-resistant. Additionally, they are easier to draw in because the shanks are slippery.